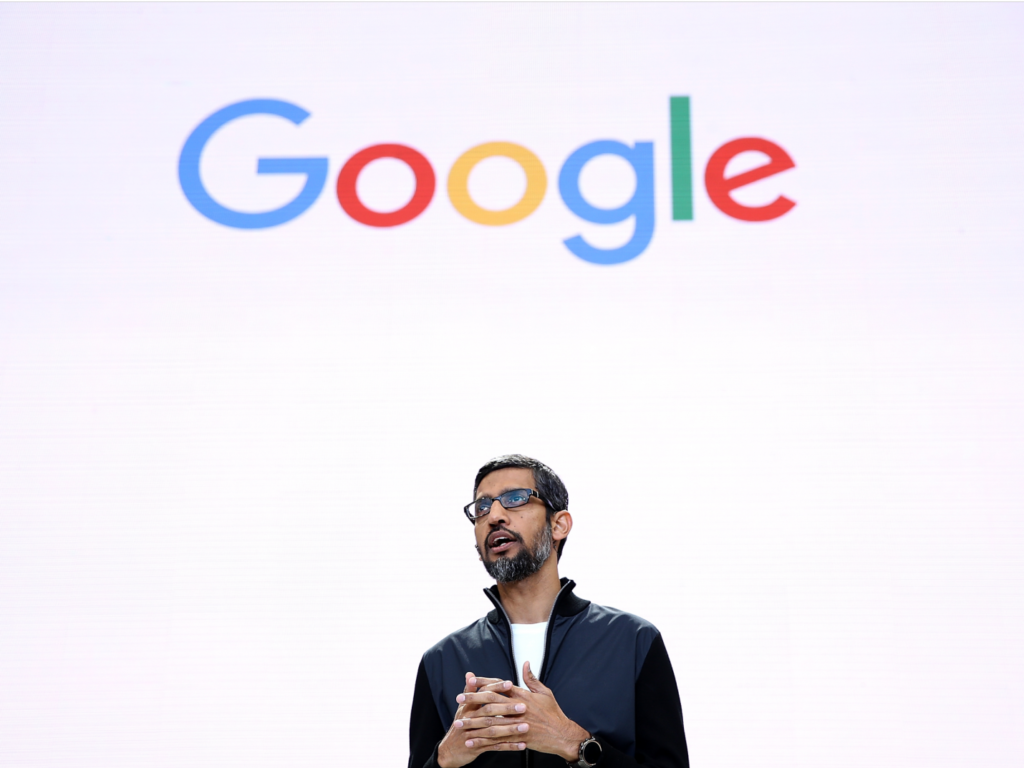 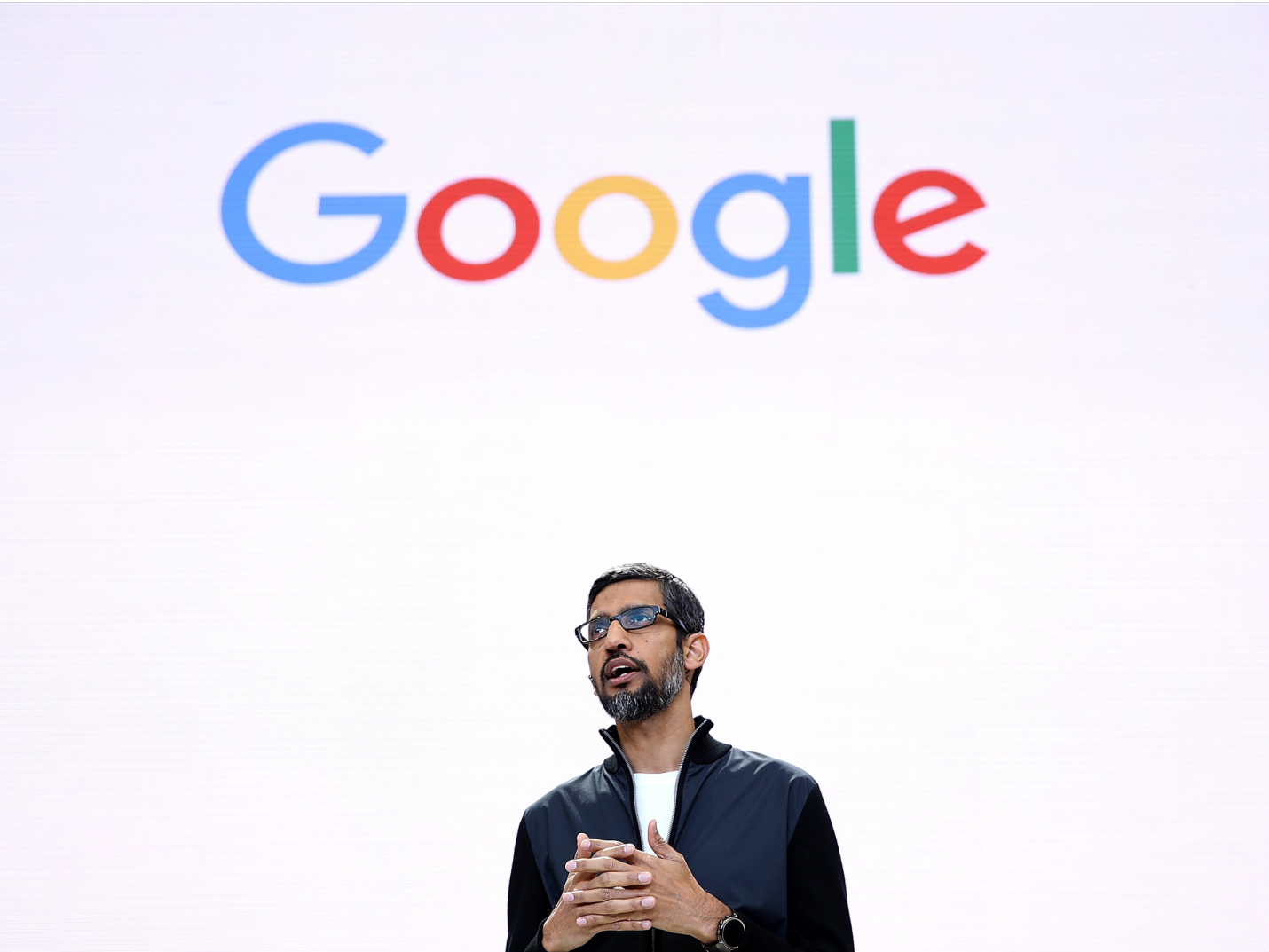 Last week, Google rolled out a disappearing email option for Gmail called confidential mode. The feature lets users set an expiration date on emails before they're sent, so that the contents are eventually inaccessible after a certain period of time.

Confidential mode is available to users with personal accounts who opted in to the new version of Gmail last month, when Google announced the latest changes to its email application. Some of the new Gmail features were available right from the start, but others - like confidential mode - are rolling out more slowly.

It won't be available to corporate accounts until a later, unspecified date, but if you have your own Gmail account, you can turn it on and use it right away.

Here's how to find, turn on, and use Gmail's new confidential mode:

In order to access confidential mode, users of the free Gmail service (AKA non-corporate accounts) need to opt-in to the new Gmail by going to the settings cog in the top-right corner and selecting "Try the new Gmail." 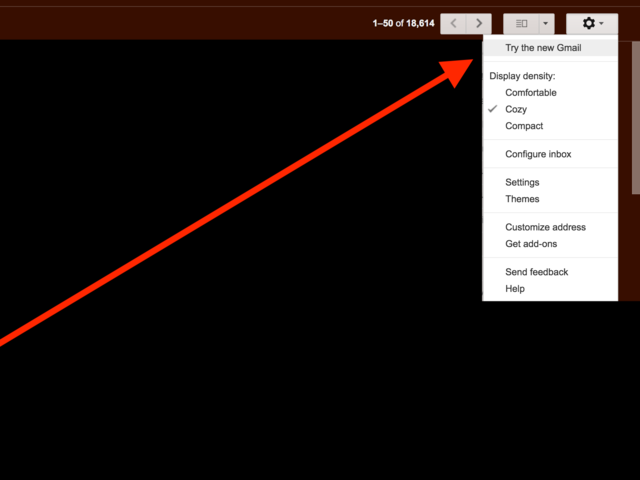 You can always go back to the "Classic" version if you really hate it. For G Suite customers (corporate accounts), the new Gmail is available via an Early Adopter Program (EAP), which needs be enabled by the G-Suite administrator via the Admin console.

Once you've selected the new Gmail design and it updates, hit Compose to start a new email, and you'll see this padlock icon at the bottom of your Compose window. 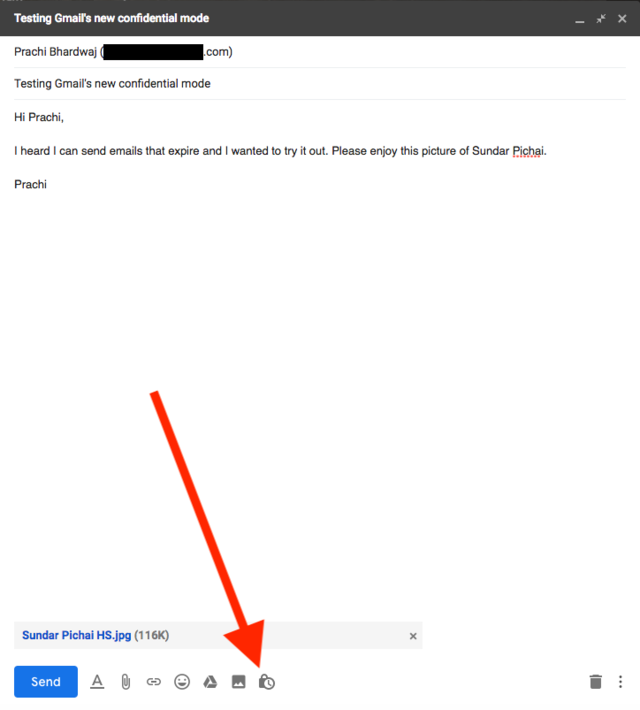 When you click on it, a pop-up window will appear with two options: set the expiration date and decide whether you want it to be passcode protected.

Your expiration dates are limited to the options Google gives you, meaning you can't freely choose when you want it to disappear. I chose to have my email expire in 1 day, and said yes to passcode protection. 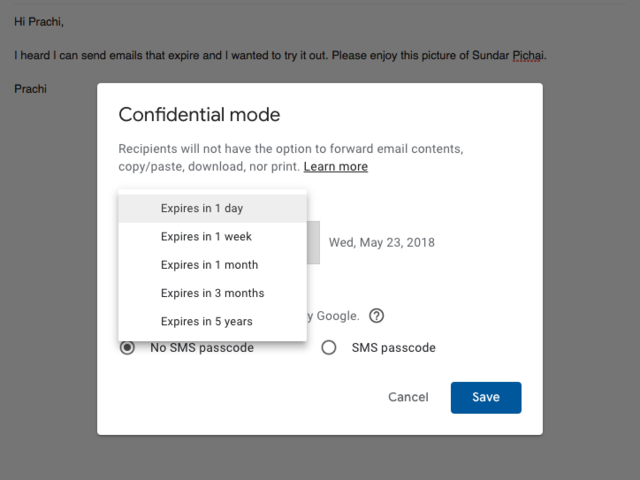 When I hit save, the email turned blue. 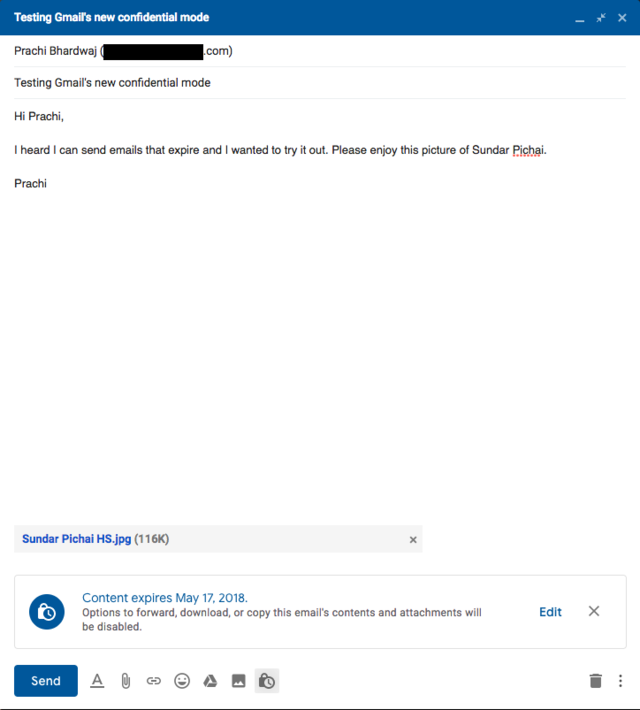 I tried to send it right away, but because I chose to protect it with a passcode, Gmail prompted me to include the recipient's phone number so it could send the passcode to them via text when the time came.

That would obviously prove to be problematic if the recipient isn't willing to share one with you.

The email appeared in my other inbox just like any non-confidential mode email would, except that there was no indication of an attachment. The real difference was noticeable when I opened it, though:

In the old Gmail, you could tell if an email had an attachment before you opened it because of a little paperclip next to the time stamp. In the new version of Gmail, attachments show up as preview cards under the subject.

Even after I entered the passcode, neither were visible from my inbox.

When the recipient hits "Send passcode," a Gmail-generated code is sent to their phone via text.

After entering the passcode once, I could access the contents of the email freely for about ten minutes. If ten minutes went by, or if I navigated away from my inbox completely and came back (e.g. refreshed the page), I had to request a new passcode to see the contents. The passcode changed every time.

This is how the email appears once the passcode is entered, or — if the sender chooses not to send it as a passcode-protected email — upon opening. Notice the disclaimer at the bottom that tells the person on the receiving end at what point the contents will expire.

They still won't be able to highlight the text or download the attachments, though. I couldn't even right-click on the picture of Sundar to save it to my computer — however, a screenshot did the trick.

After a day, this what the email turned into on the receiving end: there was nothing in the email, but the subject is still there, and the timestamp is permanently set to the time it expired.

When I went back to the email I sent it from, I could still see all of the contents of the email in my Sent folder. At the bottom, there's an option to renew access in case the recipient isn't done with the contents, and as the sender you're forever free to forward, reply, and download.

The emails clearly aren't completely ephemeral if Google doesn't get rid of the contents altogether. The intent is clearly to give you, the owner and sender of the email, control over who can and can't see the text and attachments.

Our Other Site
IndiaMart
Bulk SMS

No products in the cart.